If there’s one thing that shouldn’t surprise astronomers, it’s being surprised. The trend is pretty clear: Every single time we look at the Universe in a new way —bigger telescopes, different wavelengths (colors) of light, space probes equipped with better detectors— we find stuff that is massively unexpected. Being surprised is in no way surprising

“You are born alone. You die alone. The value of the space in between is trust and love.”

“Nourish yourself with grand and austere ideas of beauty that feed the soul… Seek solitude,” young Delacroix counseled himself in 1824. Keats saw solitude as a sublime conduit to truth and beauty. Elizabeth Bishop believed that everyone should experience at least one prolonged period of solitude in life. Even if we don’t take so extreme a view as artist Agnes Martin’s assertion that “the best things in life happen to you when you’re alone,” one thing is certain: Our capacity for what psychoanalyst Adam Phillips has termed “fertile solitude” is absolutely essential not only for our creativity but for the basic fabric of our happiness — without time and space unburdened from external input and social strain, we’d be unable to fully inhabit our interior life, which is the raw material of all art 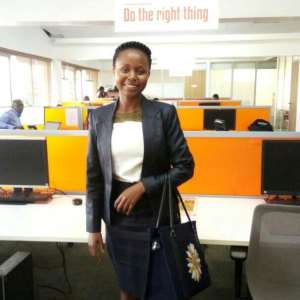 Speaking to IncubationTv in Accra on her visite Madam Lillian Uwintwali added that African social enterprise,agripreneur must develop and promote solutions that seek to address challenges in the value chain through information communication technologies solution that increase and add somes more to make agriculture a lucrative business.

Her company Agro-FIBA, currently provide service to over 3,000 smallholder farmers through the internet and text message that boost in e-extension services,market and innovative financing in agribusiness

Unlocking the meaning of Stonehenge and other ancient memory storehouses

Lynne Kelly is a science writer, who was researching the methods used by ancient cultures to retain vast amounts of information about animals and plants.

She was looking into the way knowledge was recorded through stories, song and dance.

On a journey to Stonehenge in England, Lynne was struck by the thought that the makers of that monumental stone circle were doing the same thing.

Lynne’s research suggests the stone circles of England, the huge animal shapes in Peru, and the statues of Easter Island, were not so much objects of superstition, but tools allowing people to create a huge storehouses of knowledge.

An academic with diverse interests including spiders, history, and scepticism, Lynne applies the memory ‘code’ to manage her own stores of facts and information

“My life … runs back through time and space to the very beginnings of the world and to its utmost limits. In my being I sum up the earthly inheritance and the state of the world at this moment.”

To be alive is to marvel — at least occasionally, at least with glimmers of some deep intuitive wonderment — at the Rube Goldberg machine of chance and choice that makes us who we are as we half-stride, half-stumble down the improbable paths that lead us back to ourselves. My own life was shaped by one largely impulsive choice at age thirteen, and most of us can identify points at which we could’ve pivoted into a wholly different direction — to move across the continent or build a home here, to leave the tempestuous lover or to stay, to wait for another promotion or quit the corporate day job and make art. Even the seemingly trivial choices can butterfly enormous ripples of which we may remain wholly unwitting — we’ll never know the exact misfortunes we’ve avoided by going down this street and not that, nor the exact magnitude of our unbidden graces.

European article but I shared this as many of these weeds are common to Australian hort and ag.
https://www.hortzone.com/blog/2017/05/28/23-notorious-weeds-watch/

The Role of Carbon in Promoting Healthy Soils

As the effects of land degradation, biodiversity loss and climate change become increasingly severe, soils have become one of the most vulnerable resources in the world. Soils are a major carbon reservoir containing more carbon than the atmosphere and terrestrial vegetation combined. Soil organic carbon (SOC) is dynamic, however, and human impacts on soil can turn it into either a net sink or a net source of atmospheric greenhouse gases (GHG). Enormous scientific progress has been achieved in understanding and explaining SOC dynamics. Protection and monitoring of SOC stocks at national and global levels, however, still face complicated challenges impeding effective on-the-ground policy design and regionally adapted implementation.

After carbon enters the soil in the form of organic material from soil flora and fauna, it can persist in the soil for decades, centuries or even millennia. Eventually, SOC can be lost as carbon dioxide (CO2) or methane emitted back into the atmosphere, becoming eroded soil material, or by being dissolved as organic carbon and washed into rivers and oceans. The dynamics of these processes highlight the importance of quantifying global carbon fluctuations to ensure maximum benefits of SOC to human well-being, food production and water and climate regulation.

SOC is the main component of soil organic matter (SOM). As an indicator for soil health, SOC is important for its contribution to food production, as mitigation and adaptation to climate change and the achievement of the sustainable development goals. A high SOM content provides nutrients to plants and improves water availability, both of which enhance soil fertility and ultimately improve food productivity. Moreover, SOC improves soil structural stability by promoting aggregate formation which, together with porosity, ensure sufficient aeration and water infiltration to support plant growth. With an optimal amount of SOC, the water filtration capacity of soils further supports the supply of clean water. Through accelerated SOC mineralisation, soils can be a substantial source of GHG emissions into the atmosphere. Although the overall impact of climate change on SOC stocks is very variable according to the region and soil type, rising temperatures and increased frequency of extreme events are likely to lead to increased SOC losses.

Globally, SOC stocks are estimated at an average of 1500 peta-grams of carbon (PgC) (one peta-gram of Carbon equals one billion metric tonnes) in the first meter of soil, although their distribution is spatially and temporally variable. SOC hot-spots and bright spots, which are respectively areas of high SOC content (e.g. peatlands or black soils) and large surface areas of low SOC content (e.g. drylands) constitute major zones of concern. With climate change and unsustainable management, these areas are likely to become net sources of GHG emissions. When managed wisely, however, they have the potential to sequester large amounts of carbon in their soils, thus contributing to climate change mitigation and adaptation

Yesterday, Facebook’s Mark Zuckerberg delivered a visionary commencement address at Harvard, the school where he attended before dropping out to start Facebook. The focus of his address – PURPOSE.

“The challenge for our generation is creating a world where everyone has a sense of purpose.”

The research clearly backs up Zuckerberg’s assertion. In the studies by leading academics as well as our research at Imperative we have found that when people embrace purpose in their careers it is transformational. Higher performance. Higher wellbeing. Stronger relationships. The list goes on and on.

Zuckerberg, in his Harvard address, lays out a three point plan for creating a world in which everyone finds purpose in their work and lives.

“The second is redefining equality to give everyone the freedom they need to pursue purpose.”

“The third way we can create a sense of purpose for everyone is by building community.”

I wrote the Purpose Economy and co-founded Imperative to make purpose universal. We have to make this vision a reality to achieve our next major step forward as a society.

It is possible and within reach.

At Imperative we are working with over 50 courageous and visionary employers to begin to realize the vision we share with Zuckerberg. We can do this and we must do this to create the future we want for the next generation.

That is, at the end of the day, my motivation. When my 9 and 11 year old kids enter the workforce, it must not resemble the workforce I entered in 1997 or the one we see today with 66% of people unfulfilled.

There is no change that we can make in society that would have a greater impact. Universal purpose would radically improve our health. It would take our economy to new and sustained heights. It would give us the agency and resilience to address any challenge we face now and in the future.

Please join us and become part of the movement for universal purpose.

This is a text widget. The Text Widget allows you to add text or HTML to your sidebar. You can use a text widget to display text, links, images, HTML, or a combination of these. Edit them in the Widget section of the Customizer.